Chances are that if you have worked in an office, you have probably come across these tan colored envelopes more times than you care to count. You have used them to transport important documents between departments and to mail out contracts. They are used in offices all across America. We’re talking about manila envelopes.  So why are they called manila envelopes and when should you use them?

Why are They Called Manila Envelopes

The main element that makes up this durable style of envelope is the Manila hemp. The Manila hemp is derived from a species of banana originally from the Philippines, whose fibers are tough. The hemp is then used during the paper making process, similar to how Kraft paper uses wood pulp.  So the mystery is solved, the manila envelope gets its name from the hemp in which it is made from.

At first the manila envelope was not an envelope at all, but a folder. Creators of this paper would produce thick card stock and fold it in two, creating a folder. These were used to transport important documents to ensure they would not get damaged. Eventually the folders were sealed at the two ends creating an envelope perfect for housing documents.

What makes these envelopes so great for business is that they typically come in sizes similar to a standard size piece of paper. This way documents can lie flat and not have to be folded in half, which can create creases. The durable material allows this envelope to be used over and over. Many times, offices will use the same envelope and just cross off names of the previous owner. The tan-ish color of the envelope is known as Buff or un-dyed. Commonly featured with a top flap, they can be open ended or have a closing mechanism attached. Most common styles of manila envelope are the metal clasps envelope and the button and string envelope which can be found here.

Manila envelopes are great for more than just businesses. You can use them at home to store important documents like birth certificates or marriage licenses. Whatever you choose to do with your manila envelope, at least now you know why we call it manila.

Have more questions about envelopes? Check out our What is a Tyvek Envelope article. 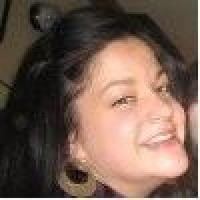 Nicolina Cabezal - Marketing Manager at JAM Paper. Providing readers with an inside look at all things paper.

I live in Europe and I am a European national , but was born in Manila. And I can say that Manila paper is far the best I have tried from the office to crafting and scrapbooking nothing beats Manila paper.

You’re right. Even when it comes to paper cuts… Manila does it best. : ]

Now I know.Thanks for the info.

Wow awesome! Thanks for the great info “Nicolina”!

Hi!Thanks for telling me what Manila means! Thanks again

Thank you very much for the comprehensive information.

Ironically, manila envelopes are not commonly used in Manila. The most commonly used envelopes (based on my 2+ years of unscientific observations) are made of flimsy brown paper similar to large paper grocery sacks.

The “searching” film brought me here.

Great random fact for the day! I was wondering why they were called “manila”. Thanks for the answer.

Thank you so much for giving everyone a very terrific opportunity to read in detail from this website. It can be very pleasurable and also full of a lot of fun for me personally and my office acquaintances to search your website no less than three times in 7 days to learn the newest items you will have. And lastly, I’m also at all times happy concerning the eye-popping knowledge served by you. Certain 3 ideas in this article are absolutely the best we have all ever had.

Who’s here in 2019 learning the true meaning of “Manila Envelope”?
Me!

Been using this for a long time & I can say that Manila hemp is truly a wonderful material.

I’m sending it to a few buddies ans additionally sharing in delicious.
And obviously, thank you in your effort!

wonderful put up, very informative. I wonder why the
opposite experts of this sector do not notice this.
You must proceed your writing. I am confident, you have a huge readers’ base already!

I don’t know why, but that’s not bad