How to Choose Mismatched Bridesmaid Dresses

It's 2014 ladies, out with the the old and in with the new! Though there are still a hand full of women who pick the same dress for each bridesmaid, I say dare to be different. I'm sure you and your girls have sported the same outfits for talent shows and twin day... and that's where it should end. There are so many different bridesmaids dress styles that stand out but still go together perfectly. Dresses can be the same color with different cuts and lengths. Or they can wear the same dress with different colored shoes and stashes. There isn’t a guideline to what your bridesmaids can and cannot wear. Show your creativity and make your own trend!

Can't decide on the perfect color for your bridesmaids? Why not have them wear 'em all? This way each bridesmaid can wear the color that flatters them the most. All colors of the rainbow look great and they photograph beautifully. 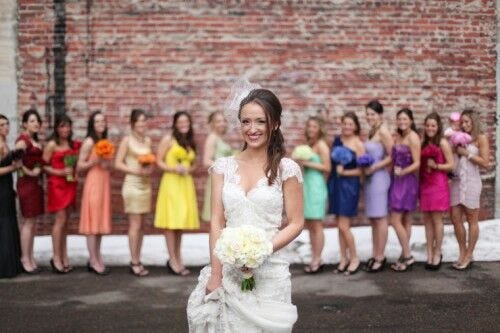 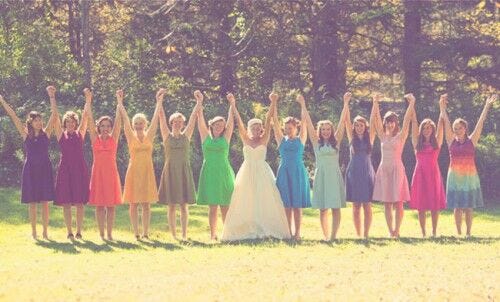 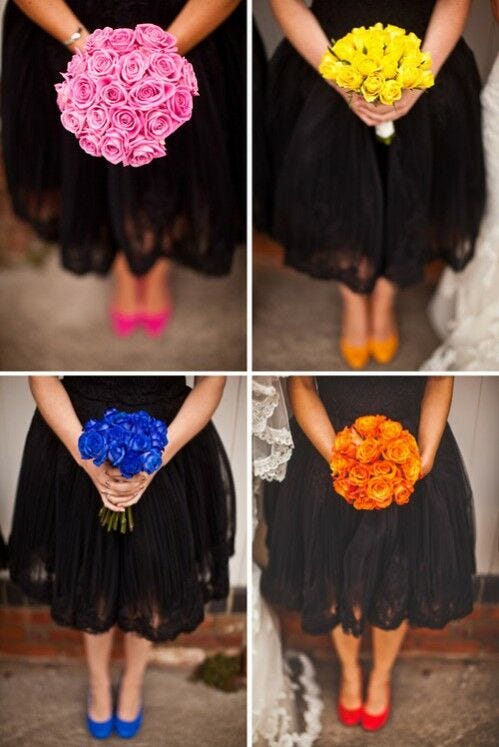 Don't settle on just one shade try at least two or three! 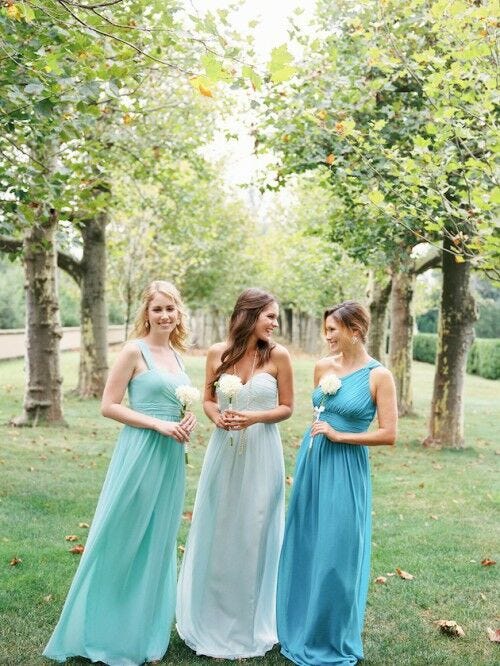 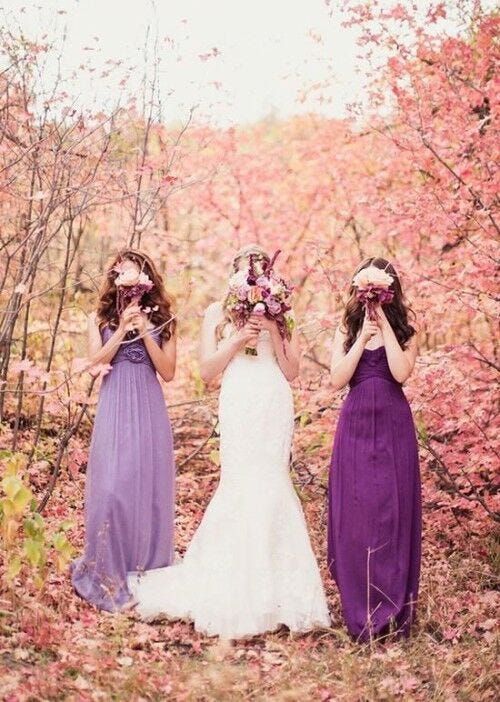 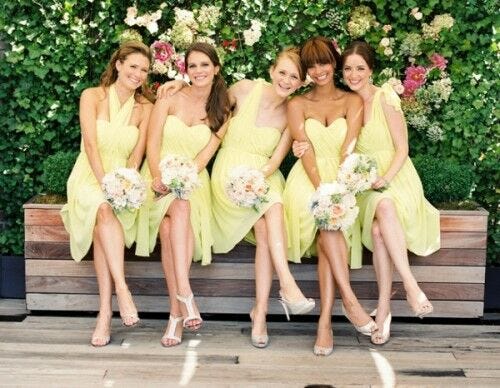 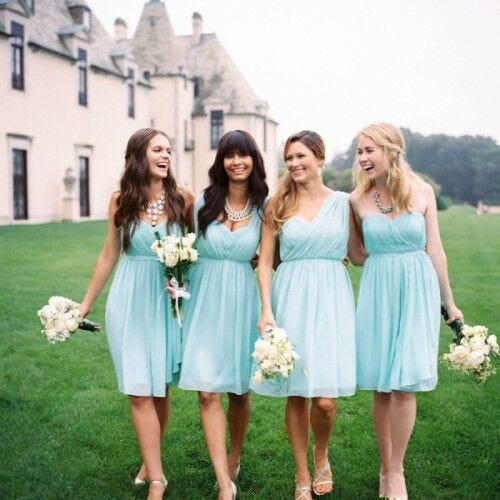 Everything else will be sparkly, why not make your bridesmaids too? 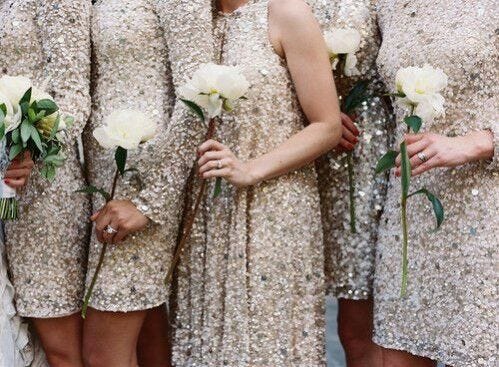 Most girls grow up wanting to be a princess. In this fairy tale wedding one girl actually did become one! 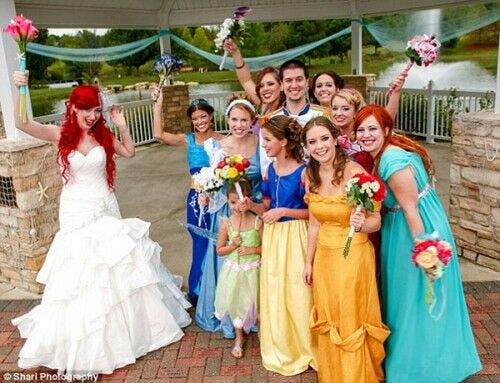 Take it all in! The secret to rocking mismatched bridesmaids dresses is wearing them with confidence and having an obvious likeness! To keep them unique with a style yet easy on the eyes, decide on a color scheme, length, different or identical cuts for the dresses. Flower bouquets are also a big factor in keeping the balance.

You can have each bridesmaid's bouquet match another maid's dress or shoes. Speaking of shoes, you can have plenty of fun with those. Have your bridesmaids wear contrasting colors with the same styles or even different designs with the same color. Which bridesmaid dress trend would you want your girls to wear?