So the traditional black tux doesn't excite you for your big day. Dying to show some personality and want this day to be just as memorable for you and your groomsmen as it will be for your future wifey and her bridesmaids? Good, we think you should too! You don't have to be secondary to the bride and her girls, make yourselves equally stylish by showing off your undeniable bromance with cool groomsmen trends. Show how close you guys are with matching ties, suspenders, socks, converses, t-shirts, or boutonnieres. You can be as creative as you'd like while maintaining sleek looks. Just remember the number one rule of marriage: Happy wife, happy life! Good luck.

The same way most girls grow up wanting to be princesses there are a great deal of boys who wish to emulate their favorite superheroes. Assign each superhero per groomsmen and wear a t-shirt under your tuxedos. When the time is right, puff out your chests and get ready for action! 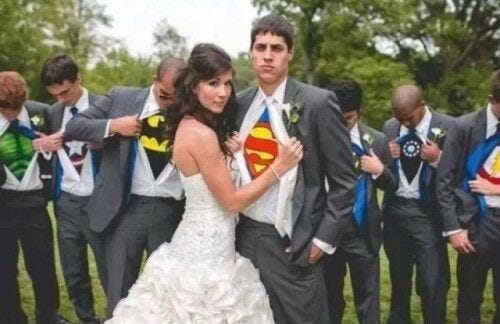 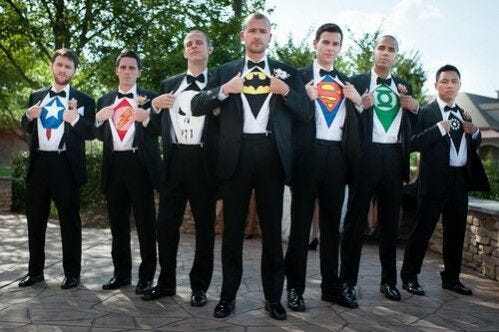 Can't get enough of superhero love? We can't either! How about these socks? 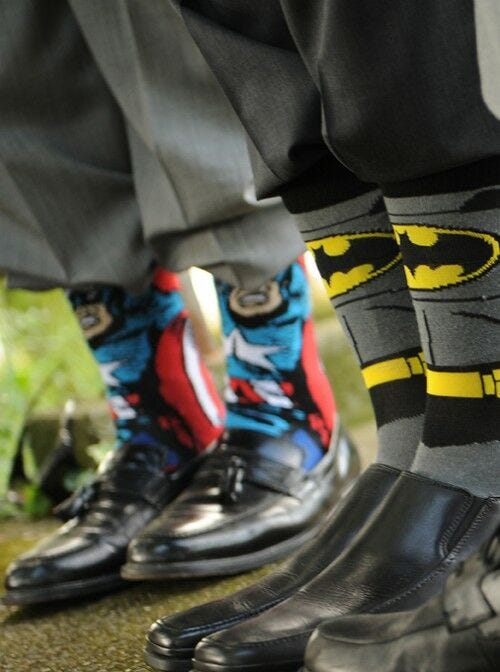 via The Things She Would[/caption]

Socks come in so many colors and patterns you can definitely express yourselves with them. 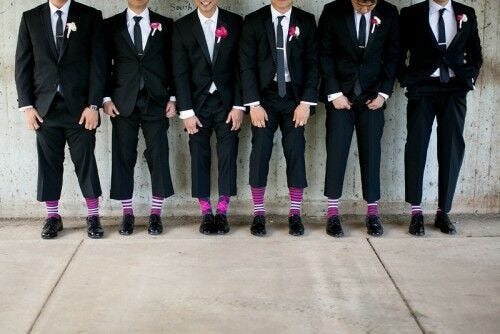 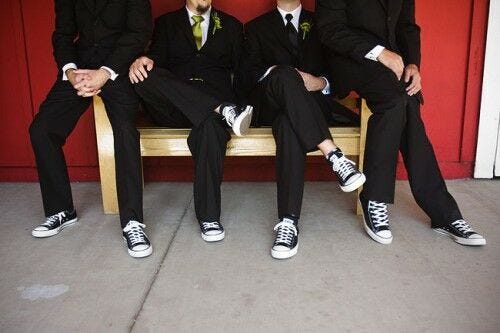 Maybe even the bride will join!

via I Do Take Two

Want something more subtle? How about these matching cuff links. 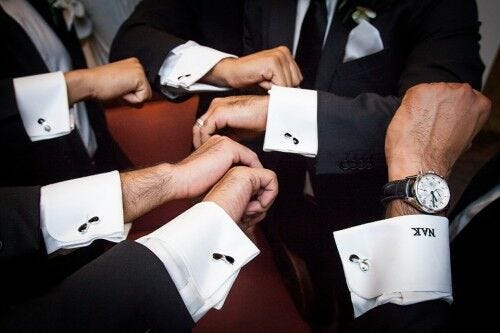 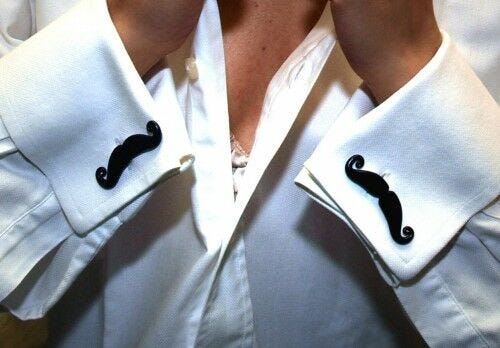 Whether you plan to wear bow ties or ties, make them match! 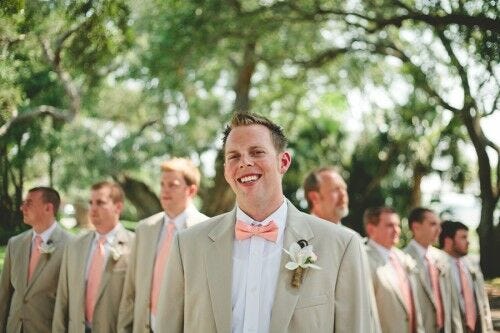 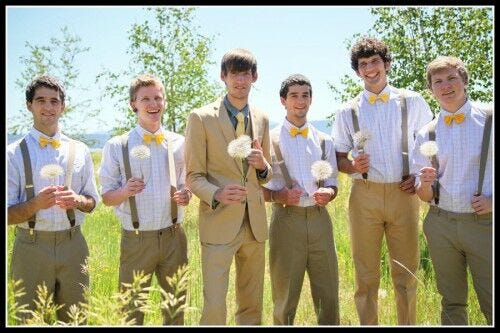 What goes great with everything? Suspenders! 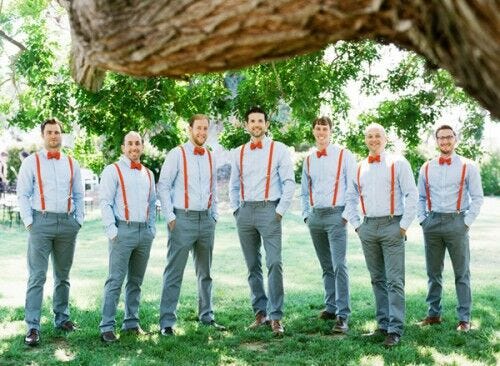 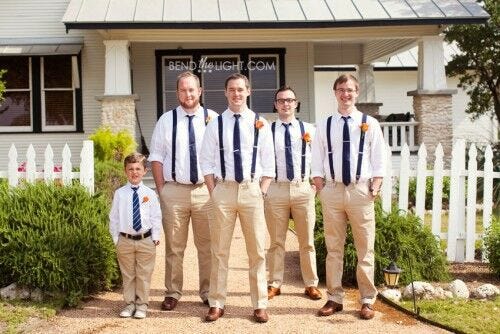 Try switching it up with colorful bottoms. 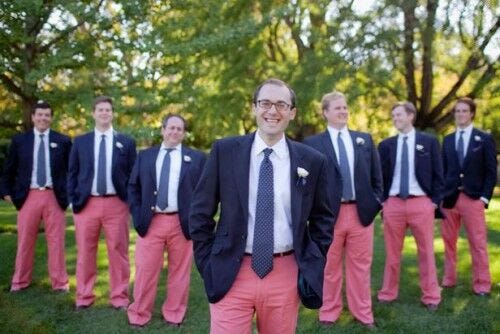 See? You don't have to limit yourself to a black tux though they are dapper. But if you choose to there are plenty of ways to bring your groomsmen together that aren't outlandish.