“I like getting paper cuts” said by nobody ever-- wait there is one guy who says paper cuts can be used to our advantage!

What if I told you pesky paper cuts could be used for good? Nadeem Haidary has turned the accidental mishap into what may be an intentional phenomenon. His paper cut razors are made out of water resistant paper and have three slits that are used as blades. Boy can paper can do some damage! I meant that in a good way. 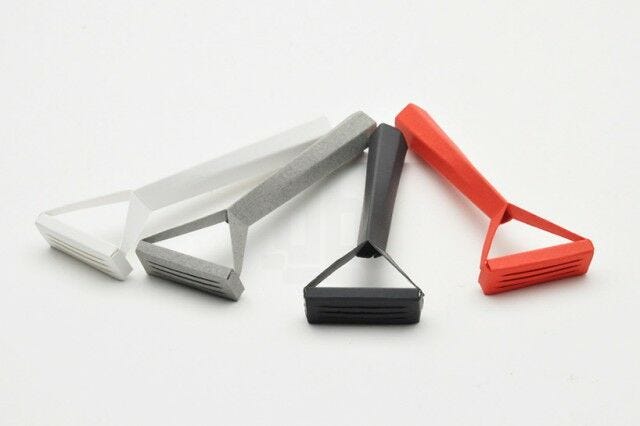 Haidary says his razors are “a fictional product that playfully challenges two notions: that paper cuts are inherently evil, and that current disposable razors are truly disposable”. The idea itself is genius and I say this guy deserves a standing ovation.

Really, how many times have you gotten a paper cut and thought it could be used for your benefit. I'm sure most of you cursed paper and never wanted to touch it again! Haidary is a brave man for even taking a chance.

his idea were to go into production, his razors would be sold flatpack style and users would assemble their razors with simple origami folds. Paper razors would definitely be more eco-friendly than plastic ones. Paper is breaks down faster than plastic, can be recycled and upcycled, and doesn't suffocate animals. 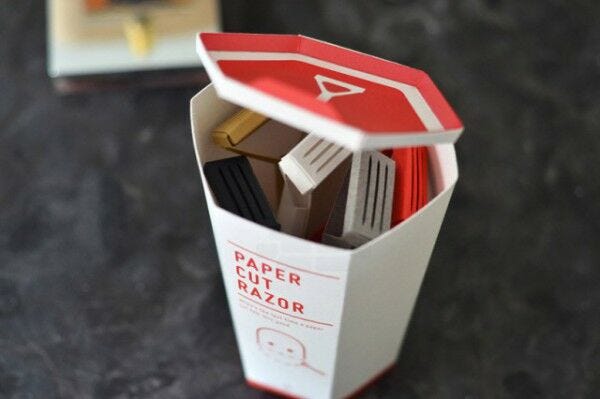 So, is paper mightier than the blade?

Posted in Paper Products, Arts & Crafts / DIY and In the News