Can you imagine getting your monthly cellphone bill in the mail without it being sealed in an envelope? Or sending them back a check without an envelope to keep your personal banking information a secret? I cant either. Envelopes have been around for centuries and have changed countless times throughout history. The history of envelopes begins with a little clay and a lot of work.

More than 4,000 years ago, way before the invention of the pre-gummed paper envelopes, the Babylonians created an envelope like folder from clay. Wet clay was folded over the original tablet message and sealed by pressing the ends together. It was then baked, causing it to harden and ensuring the tablet's contents were safe inside. To reveal the original tablet message, one would have to brake the clay envelope. And so the history of envelopes begins!

Fast forward a couple hundred years to the 1800's when envelopes we seen as an extra piece of paper that would be wrapped around the letter and charged as an extra piece of paper when mailing. Only the wealthy could afford this second charge, while most commoners would simply fold the letter into an envelope and seal it with an adhesive. The address could then be written on the blank back of the letter. It wasn't until 1837 when Rowland Hill published "Post Office Reform" that paper envelopes were created. He stated that a "physical stamp containing a gum wash and a prepaid penny wrapper were to be developed." Local businesses created these by cutting and hand folding an envelope template.

Invention of the Envelope Folding Machine 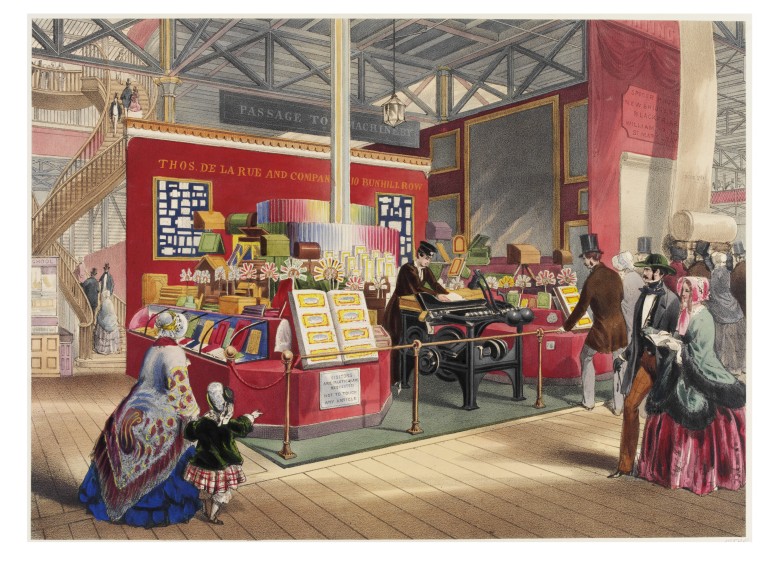 It wasn't until the invention of the self-gumming envelope machine that envelope production really took off. A man by the name of James Green Arnold took the envelope folding machine to the next level when he added a brush that would apply the gum to the envelopes seal. This step was previously done by hand.  Unfortunately Arnold's design was never put into production. It wasn't until two brothers by the name of  D. Wheeler Swift and Henry Swift took Arnold's design and perfected it. In 1876 the Swift Chain Dryer Machine was born. One of the main difference in this machine was that it was constructed of metal, not wood, like the Arnold design.

Today, well over 185 billion envelopes are produced each year in a wide array of sizes, styles and shapes. A long way from the rich history of envelopes to what we consider 'normal' today. Envelopes for Business Businesses like Netflix use paper envelopes to mail customers DVD's which are then returned later via the mail. Monthly bills are sent in remittance envelopes with pre-stamped response envelopes enclosed. Bubble mailer envelopes are a great shipping alternatives to bulky boxes for many shipping companies. Popular Styles: Envelopes for Personal Use Brides can spend hours looking at different sizes and textures of envelopes to find their perfect invitation envelope. Festive envelopes are used when sending out yearly holiday greeting cards to family and friends. Popular Styles:

From 2000 B.C to 2013, communicating a written message has been an important need of mankind. Sure we have come a long way since hand making clay envelopes, but who's to say the envelope evolution is over? I guess we will just have to wait and see if any new innovations can be made to this communication staple. Thanks for reading about the history of envelopes with JAM Paper & Envelope!
A2 Envelope The History of Envelopes Window Envelope