How to Make Paper Hand Fans 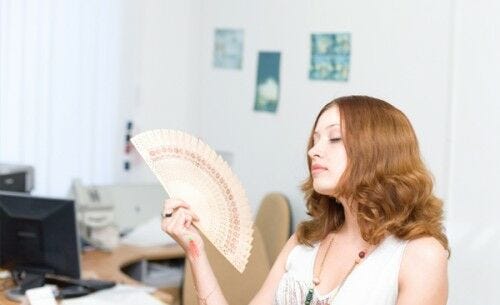 Believe it or not Spring is here and summer will be larking around the corner. So why not learn to create your own paper hand fans to keep cool and even use it as an accessory. They are easy to make and you can take them just about everywhere. Paper hand fans are resourceful and you can customize homemade ones to your liking. Many cultures have embraced the beauty and usefulness of hand fans as fashion statements and to fight off the heat. Hand fans have played so many roles proving its usages are a culture in its own right. Here are examples of beautiful hand fans around the world and how they've influenced history: 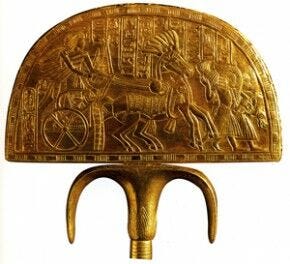 Some historians believe that hand fans originated in Egypt. Egyptian hand fans were utilized in religious functions and identified the royal ones. Howard Carter found extravagant fans in King Tut’s tomb. The fans were made with ostrich feathers and had a golden handle. Tomb illustrations also showed fans being used in "the courts of nobility". Needless to say these fans represented high status and wealth though they were used for its essential purpose of providing a breeze in the heat. 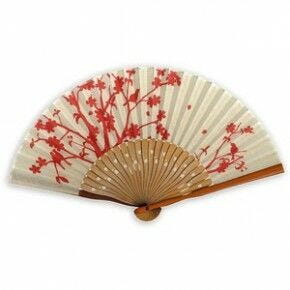 Japanese hand fans symbolize a person’s birth and the blades represent the various paths he or she may take in life. Hand fans are given to people on their birthdays to celebrate life. Colors, animals, and plants are also significant in the Japanese culture. For example, a red and white hand fan signifies luck. One butterfly refers to a self-absorbed woman while two butterflies signify a couple who is happily married. Though hand fans are mostly used to stay cool, it also possesses multiple uses from warding off evil, acknowledging someone’s superior status, providing shade during a religious event, to using them in Japanese theater. The word “harisen” is the Japanese word for paper fan. Harisens are seen in current day graphic novels and cartoons which is used as a weapon or humorously slapping characters for being dumb .

Chinese hand fans’ original function was to hide from the sun but over the years people began to use them for other purposes. People began to decorate them with paintings and poems making them a new form of expressive art, gifts, and decor. Hand fans showed society what social class a person was under. Rules instructed who could own certain hand fans. "That hand fan was so last season!" Similar to current day fashion trends, only the latest hand fans could be worn during the specific seasons. Artists and other fashionable citizens began to show off their creative sides by customizing original designs and poems on their fans. Upperclassmen would not be caught without their hand fans. 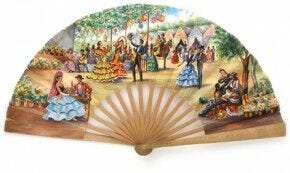 Spanish fans have been recognized for their beauty and sophistication for many years. Some hand fans have illustrations of Spanish culture giving us a glimpse of their lives . Spanish women have used them to go with their outfits, dance Flamenco, and even to communicate with their partners or potential suitors. Hand fans have their own language and young women were taught how to have complete conversations without uttering a single word. There was a secret language the fans were able to carry between lovers to ensure their chaperons would not know what they were secretly saying to one another. Drawing the fan across one's cheek means "I love you" while twirling the fan in the right hand means "I love another". It was extremely complex and even men had to learn its meanings in the pursuit of attracting a mate. This is one of our favorite paper hand fans. 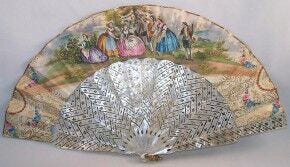 The function of Victorian hand fans were very similar to the Spanish hand fans. Victorians also used hand fans to communicate with the opposite sex and have private conversations in public settings. Shutting an open fan slowly means "I promise to marry you" and fanning slowly translates into "I am married".  If anyone were to catch on the a couple's conversation, there were also movements signaling each other to lay low or to stop their fan exchanges. This was a delicate and classy way for people to express their romantic feelings across a crowded room. Some people believe we have lost our mystery and politeness while dating and have traded it in with being too blunt. What do you think? Should society readopt more discreet ways to communicate with each other? 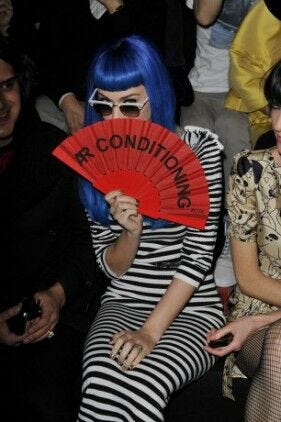 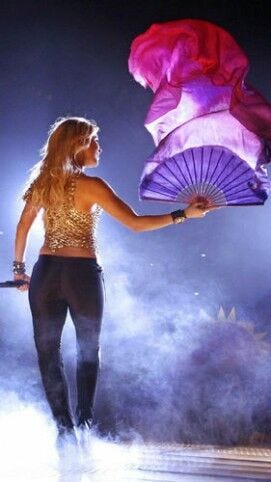 Today paper hand fans are still being worn. Celebrities such as Beyonce, Katy Perry, Lady Gaga, Shakira, and even Steve Tyler have been seen sporting hand fans! I think paper hand fans are beautiful and expressive. You can use them to advocate going green like Katy Perry or use them for performances like Shakira. I was amazed to learn of what a huge role hand fans played in different cultures and how much it still does in pop culture.

Let's Make Our Own! 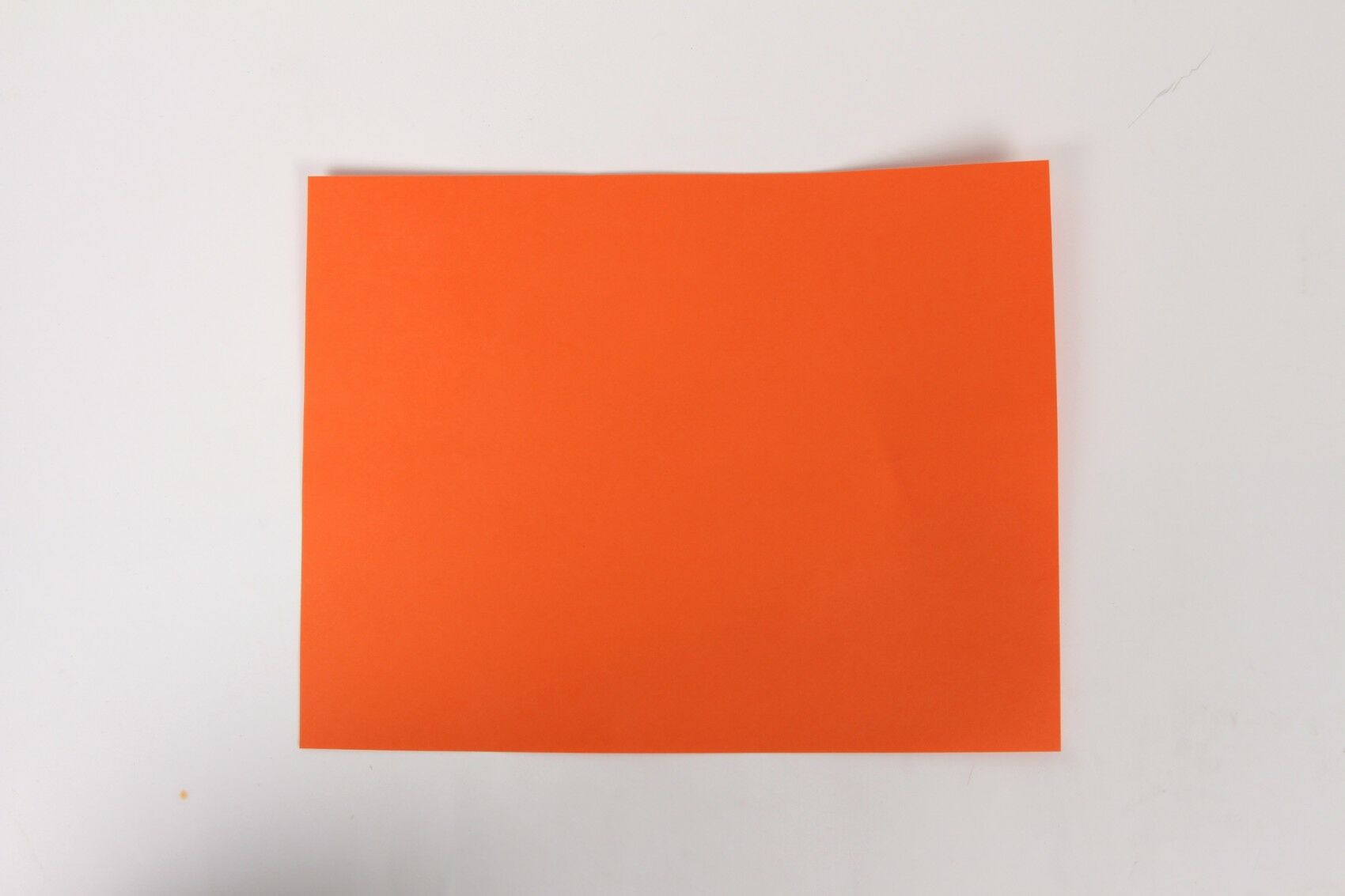 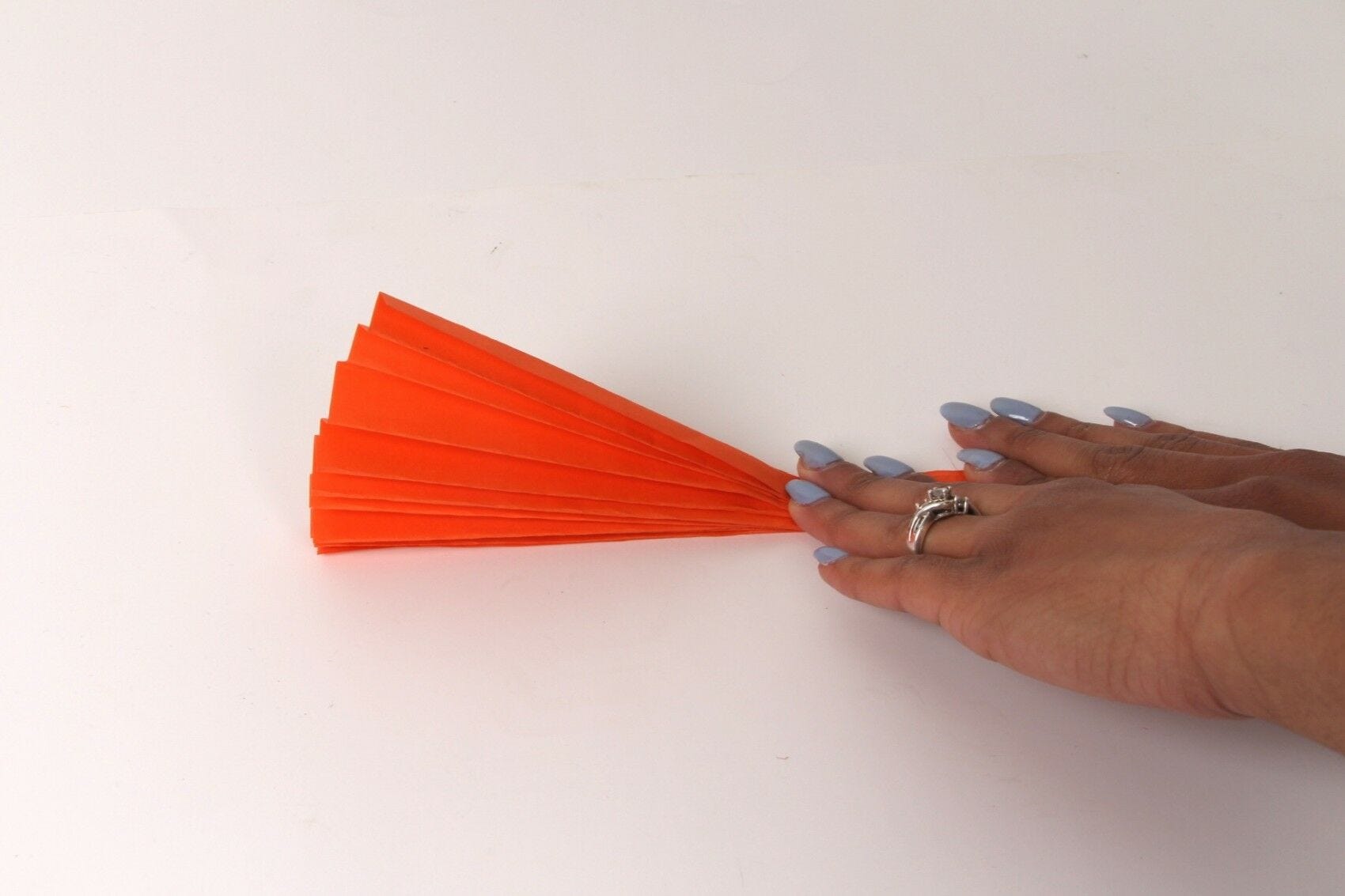 Fold pleats into sheet of paper at the ends. Pleats should be about 1/2 inch wide 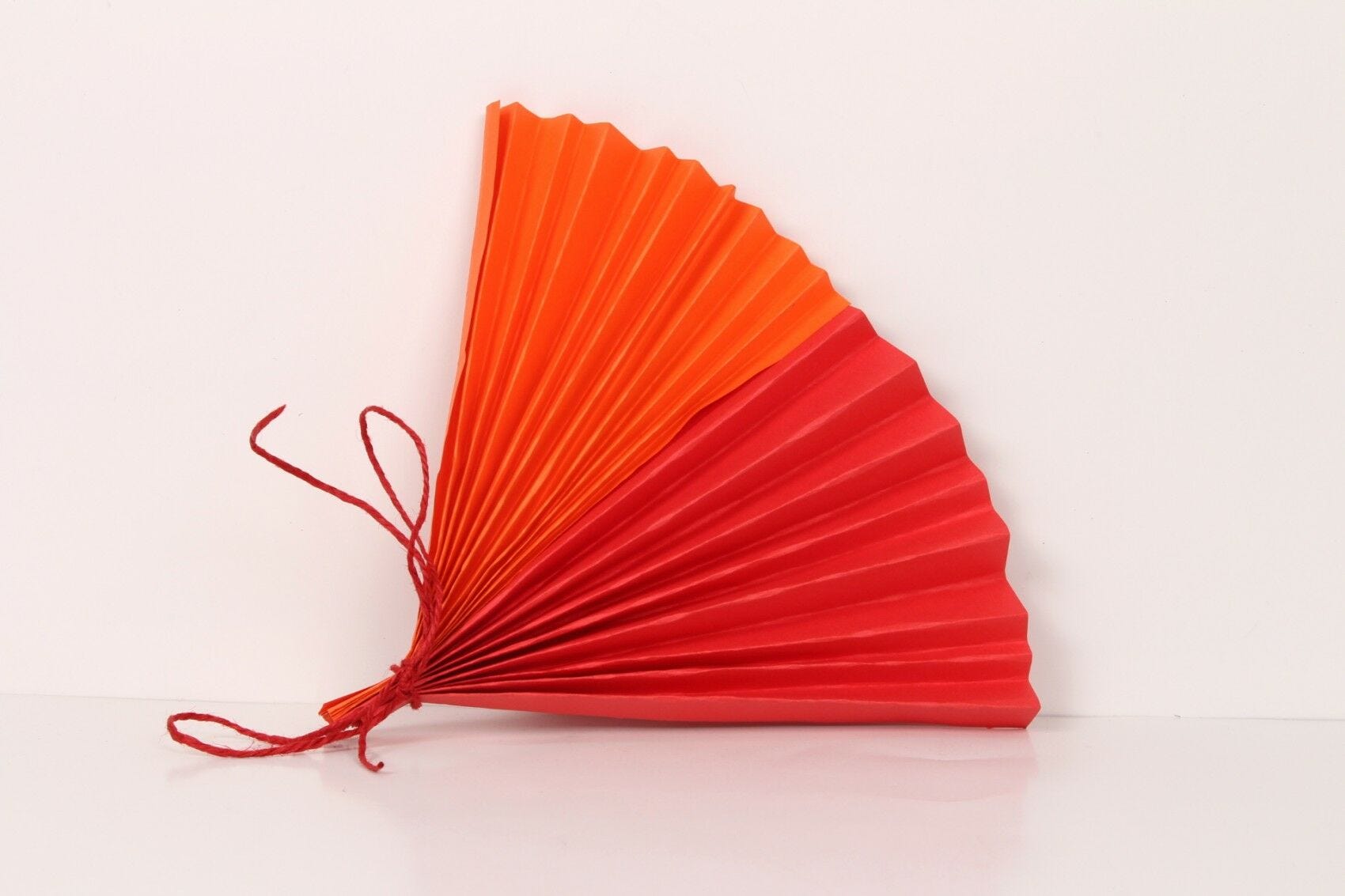 Tie string at the bottom to secure your fan