What Kind of Paper is Money Made of?

Does Money Grow on Trees?

Money money money! We all want it, some of us have it and some of us don't. Some of us have more than others (feel free to send some my way), but the bottom line is, we all need it. But what exactly IS this currency we stuff into our wallets and purses? Unfortunately it isn't regular computer paper or we'd really be rolling in it here at JAM. Paper money is made from 75% cotton and 25% linen fibers. Back in days of old, around 1870, congress decided to officially establish a US Department of Treasury. That was of course because money was made of parchment paper and was extremely easy to duplicate. Now, it isn't so easy. Have you seen the new Benjamins? Don't go trying to print that. But if you do, here's a link to some of our green paper. Here's a few other fun facts about cash money. 1. $20 bills last in circulation for about two years. 2. Pocahontas appeared on the back of the $20 in 1875

3. Ever hear money referred to as a "buck?" Back before cash currency, animal skins including bucks (male deer) were used as tender. 4. A piece of currency can be folded forward and back 4,000 times before it will tear. 5. A study done in 2009 discovered 90% of all money has traces of cocaine somewhere on it. 6. The dollar bill has a lifespan of roughly 21 months. 7. It costs 2.41 cents to create a penny. 8. The Secret Service was created during the civil war to prevent counter-fitting. 9. The worlds first paper currency was created in China 1,400 years ago. 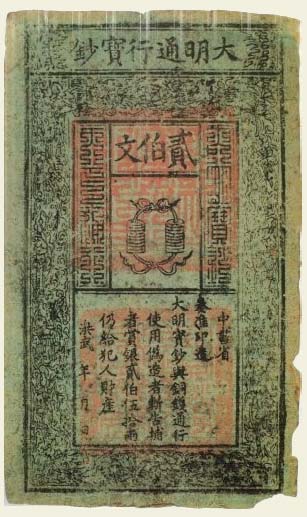 10. Bob Marley's final words to his son Ziggy were "Money Can't Buy Life."
What Kind of Paper is Money Made of?

Posted in Paper Products and Questions