Halloween party. Thanksgiving party. Christmas party. New Years party. Phew!! This time of year there are almost too many occasions to celebrate! Everyone loves a good party but it can be overwhelming. If you’re throwing the party it can be super duper stressful!! There’s always too much to get done and never enough time. For party goers, it can cause anxiety too. Maybe there are too many people you may not know, or maybe, like me, you just turn into an awkward teenager when you’re around a large group of people. Whatever the case may be, at the end of the day, we are all STRESSED!! I can’t make any promises but keep reading and you may find out how to take a little bit of anxiety out of the party and add a little fun!!

As a host we have a lot to do. Between invitations and decorations and food, how do we have time to do everything AND have a blast?! It’s not an easy task, I know, I threw two parties this past summer and what I learned is – it’s hard hosting an adult party!! I was so use to having small get togethers with five people max. But I wanted to be a grown up and I had almost twenty people coming to my house. Cue the hair pulling!!

Organization is key!! You should know who exactly you’re inviting to the party. The guest list is important – who you invite could make or break the party. Before you even send out the invitations you should know what you will be serving. If you or cooking or grilling, you can tell the guests to bring sides. If you’re ordering food you can tell them to bring money. You should have an idea on how you envision your party. What’s your theme? How many people – big or small group? Casual or formal?  What kind of food? Will there be dessert? What do you want to ask your guests to bring, if anything? These are questions that you should have answers to before inviting people to your house.

What I realized is that it’s almost 2017 – you do not need to mail invites anymore. Texting or emailing an invitation is totally fine!! Everyone always has their phone on them and it’s probably the best way to communicate and receive the R.S.V.P.s. You could also print out little invitations and give them out at work or school – sometimes having something more tangible will help remember the fact that you’re even having a party. However you decide to invite your friends be EXTREMELY specific with your information. Remember the Five Ws from school? Who? What? Where? When? Why? Base your invitations around that. Who is giving what? Why is there a party? Where and what time? When should they let you know whether they are coming or not? Now also remember to include if they should bring something like food, or money. Is it a pool party? Remind your guests to bring a bathing suit. Last but not least MAKE SURE to include whether or not they can bring someone and how many people they can bring. There’s nothing worse than having more people than expected, especially at your own home.

Umm ever plan and plan and plan and still aren’t ready on time? #storyofmylife !! No matter what I do, how I plan, how early I start, I am still late. As much as I’d like to blame it on the universe, I know for certain situations I MUST be on time – not just on time, but early. If you tell people to be at your party at 4pm, by 3:30 everything should be set and prepared. If you’re cooking a quick and easy meal, start about twenty minutes before. For my “End of the Year” party, I had burgers and hot dogs (the guests were in charge of bringing the sides). My boyfriend was the designated cook for the night – even though he didn’t know till the day of. I had seasoned the burgers the day before so it was easy for him to start cooking fifteen minutes before the guests were due to arrive.

Decorations!! Everyone loves decorations – it literally sets the mood for your party. For my “25th Brithday” party, I had a luau theme. I had flower garland hanging all over in the backyard. You could even make your own garland like Kate did with the Tissue Paper Flower Garland, Dessert Garland, or my Feather Garland. I had cups, napkins, plates, and straws to match. Instead of having a plain table I put on matching tablecovers. Make sure on your food and drink table you have small cute decorations like succulents or tropical flowers just to dress it up a bit. Even your drinks could be decorated! Put out a small plate or garnishes like lime or rosemary for your guests to use to personalize their drinks. Be sure to have enough seating. It is the worst to have to dig through the garage or scrambling around the house looking for extra chairs while your guests are waiting…standing. If your party is more organized with seating arrangements, you can make place cards – we have a bunch of vibrant colored JAM paper. You can decorate your table with centerpieces and napkin holders like Michaela did with Fall Table Decorations.

Now that everything is set, ten minutes before you instructed people to come light your candles, start your amazing playlist and set the atmosphere. If you’re lucky enough to have a right hand man like I did, getting everything ready will be much easier!! It could be anyone – a significant other, friend, even a parent – asking for help isn’t being less of an adult, it makes you a human being.

Yeah, sure, I’ll just be the definition of a host. So what does that even mean?! First, keep in mind that this is your party, your house – you are the leader. Make sure you welcome everyone, even if you don’t chat for long, be sure you greet everyone. Introduce some of your friends who may not know each other. Try to go around and circulate among your friends; don’t stay in one group for too long. Be thoughtful. One of your guests is standing off to the side being, uhh, antisocial – try to get them involved. Start a game! Cards Against Humanity is great to play with a group of people! Apples to Apples is a little more, shall we say, friendly. You see someone’s cup empty; ask them if they would like more to drink or point them in the direction of the drink table.

Almost everyone is on social media now – Facebook, Instagram, Twitter. Let your guest know if it is okay to post pictures and videos at your party. Maybe you don’t want them to take pictures for your own reasons and that’s okay. At my parties, I liked to keep it to my closest friends and their significant others – I didn’t want a rave at my house. During that time I was working elsewhere and it was just impossible for me to invite everyone, so I didn’t allow pictures for social media. My friends understood – we didn’t want to hurt feelings or get questioned the next day.

ALERT ALERT! PREPARE FOR THE WORST!!

I tend to have all the luck in the world! Totally not true. Anything that can go wrong will go wrong. Always have a backup plan. The burgers aren’t cooking well on the grill? Try the stove in the kitchen instead. The cake dropped on the floor? Guess what, we have cookies on deck!!

Don’t forget to say goodbye to your guests and thank them for coming. They could have been anywhere else in the world and they came to your party – always be grateful of other people’s time.

PAAAAARRRTTAAAYY!! Right?? As a guest that’s all we’re supposed to do. Wrong!! I mean, not all the way wrong, but there’s more to do than eating, drinking, and dancing. Of course the host wants you to have fun but there is so etiquette to follow as well.

Please, please, pleeeaaase, let the host know if you are coming or not. Let them know by the date they asked. However if you find out last minute that you are available to go, tell the host no later than twenty four hours before. That way the host, even if short notice, can accommodate. If you want to bring someone with you ask the host when you R.S.V.P. Most likely they’ll say yes especially if you ask in advance.

I know I know, if you’re early you’re on time, if you’re on time, you’re late. But for a party, DO NOT ARRIVE EARLY! When you get to the party too early you through the host off. The host won’t be ready and they’ll jumble around trying to get ready while you stand there awkwardly. If you’re going to be super late, just let the host know that you’re on the way and what time you should get there by.

Now that you’re at the party (at a reasonable time) make sure you bring something. Be mindful of the host – don’t bring wine if the host doesn’t drink. Don’t bring something that will make more work for the host like something that needs to go in the oven or oddly wrapped flowers. If the host may ask you to bring something try to coordinate with the other party goers so you don’t all bring the same thing. We basically live on our phone, taking pictures of everything, but check with the host first before posting on social media. Please don’t ignore the host if they ask you not to post anything. Even if they don’t tell you why, the host has their reasons and we should be respectful.

Don’t be a wallflower, especially if you’re going to a good friend’s party, try to mingle with everyone – yes even the weirdo in the corner. I know we all get excited for free food and drinks, at least I do¸ but don’t get crazy! You may want to eat everything you see and drink everything available but don’t over indulge. Be aware of the other guests, if you notice another guests hasn’t eaten yet then don’t eat a fourth cheeseburger. In big groups of people there’s bound to be gossip. We’re human; it’s almost as if we feed on gossip. We know it will happen but don’t bring up any offensive gossip like anything controversial or something about the host or the party. All in all try not to make anyone uncomfortable.

Always offer to help, even if you really don’t want to. Most of the time the host will say “thank you but enjoy the party” but at least you reached out and tried. Can you say brownie points??

The party is dwindling down and it’s time to leave. Make sure to find the host and say your goodbyes. Thank the host for inviting you into their home and even throw in a compliment – “the food was great” or “I love the decor”. You may think that is it but no…not yet!! The next day send the host a quick text thanking them again and telling them how much fun you had!! 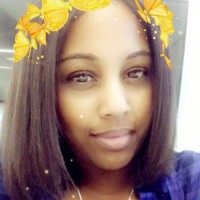 Part of JAM Paper & Envelope Marketing Team. I go by Jess or Jessi, no E please. I live for 90's pop, cats, and duuh, crafting!

ugh I hate when guests don’t RSVP and/or arrive late! So rude!
https://missmillmag.com/lifestyle/how-not-to-be-rude-at-a-party/

seth rogan net worth
Such a very good idea for this blog.