Alright dads, it’s your time to shine! Dads are always there to love you, protect you, and most importantly grill for you! But really, dads are amazing – I don’t know what I’d do without mine. So to show our dads a little appreciation, we have DIY Father’s Day Banner! We made one for moms so naturally we had to make one for dads! DIY Father’s Day Banner will be such a great way to show how much we  love our dads…just as much as our moms.

Shirts and Ties for Dad Day! 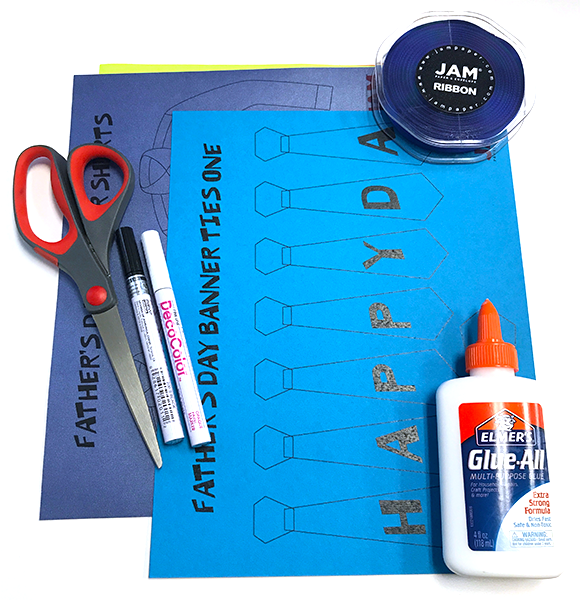 Download and print out the Father’s Day Banner Ties on cardstock; I used Peacock Blue. The first half of this step is optional. With your black paint marker, fill in the section where the two parts of the tie meet. You totally don’t HAVE to do this but I thought it made the tie look a little bolder. When you’re done, cut them out! 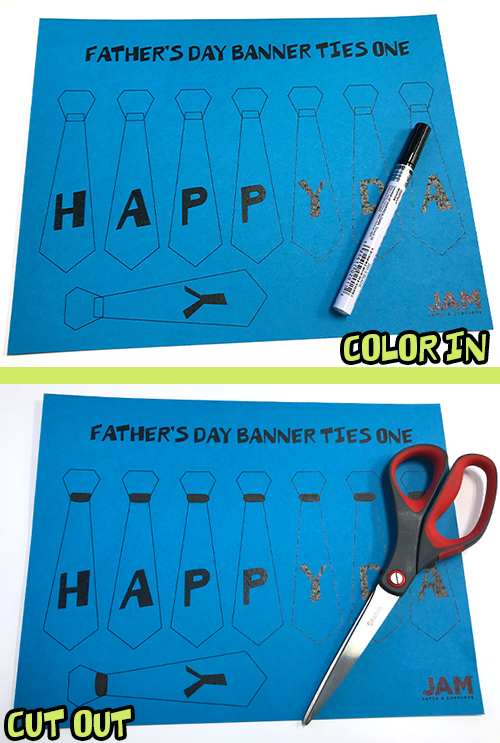 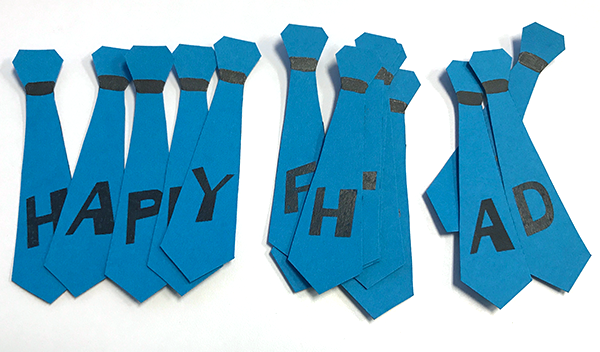 Sooo the Stardream Metallic Anthracite is currently out of stock BUT if you want it back sooner than later than comment below and let us know! 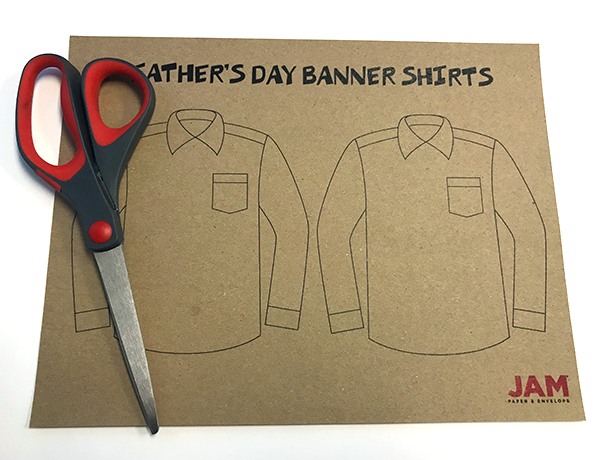 Now this step is optional as well but if you’re running short on time you totally don’t have to. Again this is just to amplify your DIY Father’s Day Banner! With your black paint marker trace the lines on the paper shirt.

This part is easy! Just can glue your tie to the shirt! 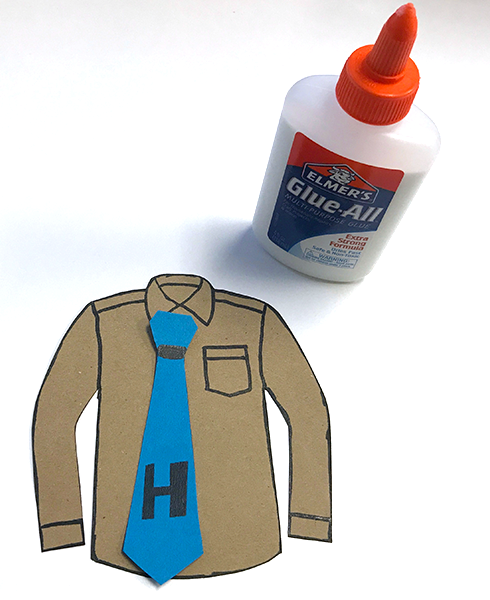 Time to dress up your Father’s Day shirt! Use your white paint marker to decorate the pocket square! I alternated between dots and stripes but be creative! Do what you feel your dad will love! 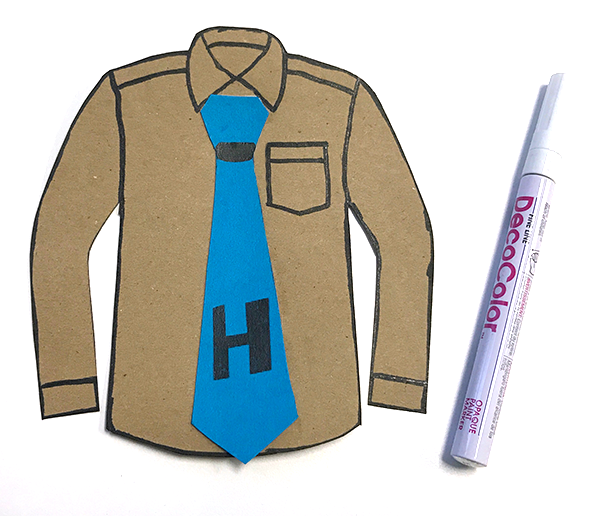 Phew! You’re done assembling your shirts and ties! Now it’s ribbon time! I used 3/8 Royal Blue Satin Ribbon.  As you’ve probably noticed, I’ve been obsessed with twisting the ribbon together. I love it! It gives the banner a little more pazazz! But feel free to do it your way! Use the wood clips to clip the shirts to the ribbon. 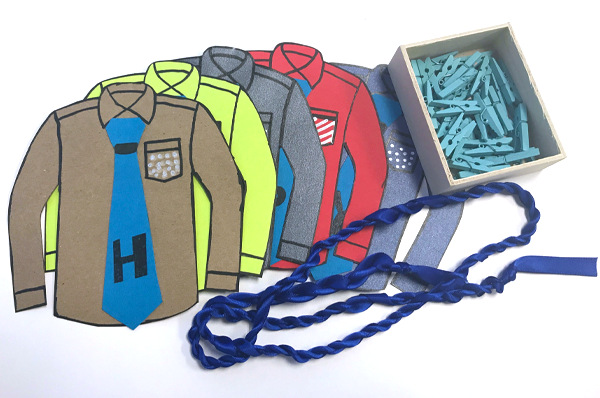 Congrats! That’s it! See? Wasn’t so bad was it? The fun dad, the conservative dad, or even the wacky dad – this DIY Father’s Day Banner represents all dads! Let’s not get crazy though, you still need to get your dad a little present but this banner will be sure to get the party started! Have a Happy Father’s Day and take the time to give your pops a hug – deserves it! 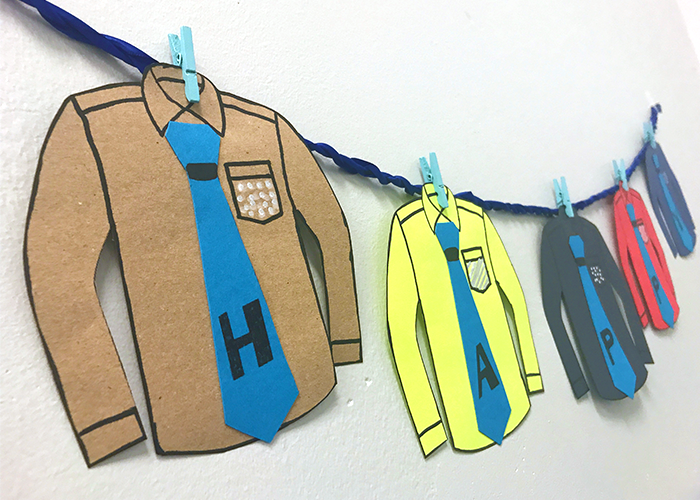 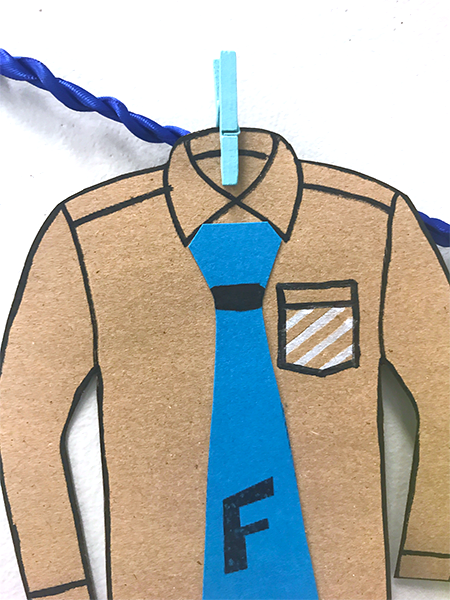 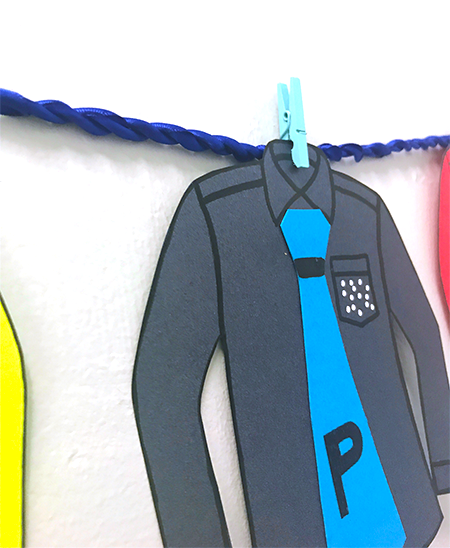 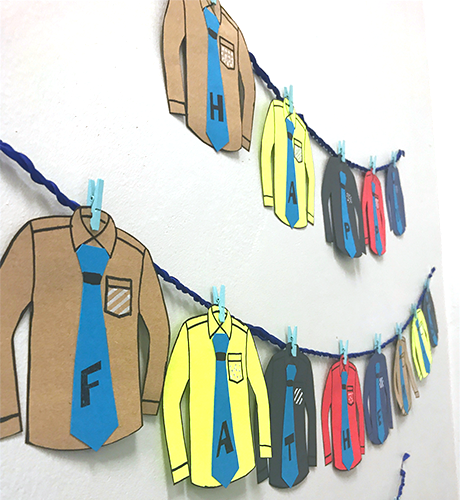 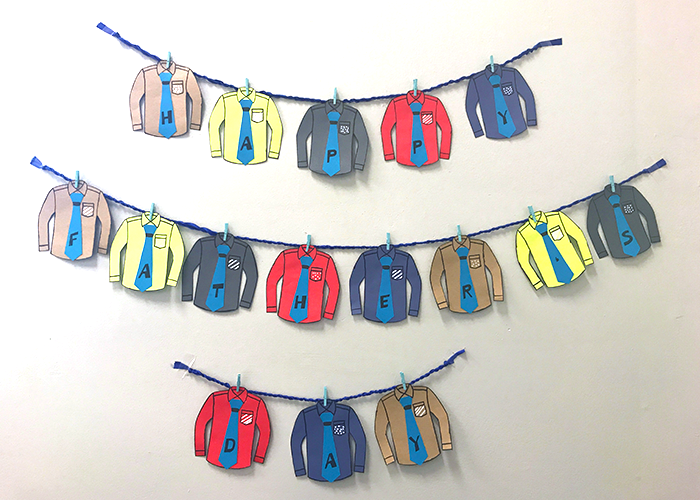