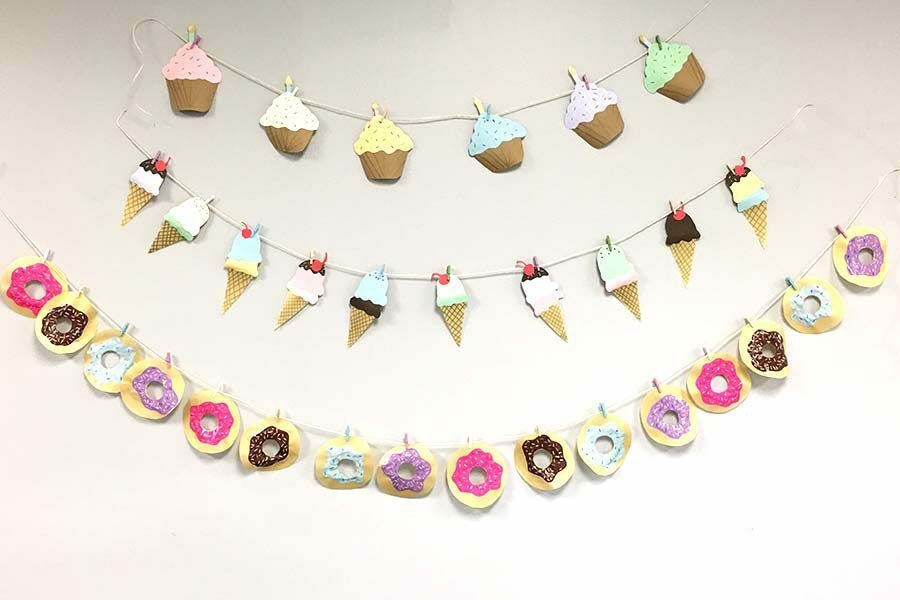 These dessert garland banners were inspired by my undying love for donuts, my insatiable hunger, and pining for these sweet treats on a Thursday afternoon. I will travel to the ends of the earth for a good donut, but that just wasn’t feasible that day. So instead of tracking down a donut or ice cream cone, I brought them to JAM. And even though they weren’t as good as the real thing, it took my mind off of ripping into a delicious donut for a little while.  Key words: a little while. Before I finished we were already contemplating bringing in donuts and cupcakes for pictures…but let’s be real it was more for us to eat then to get some good pictures of. 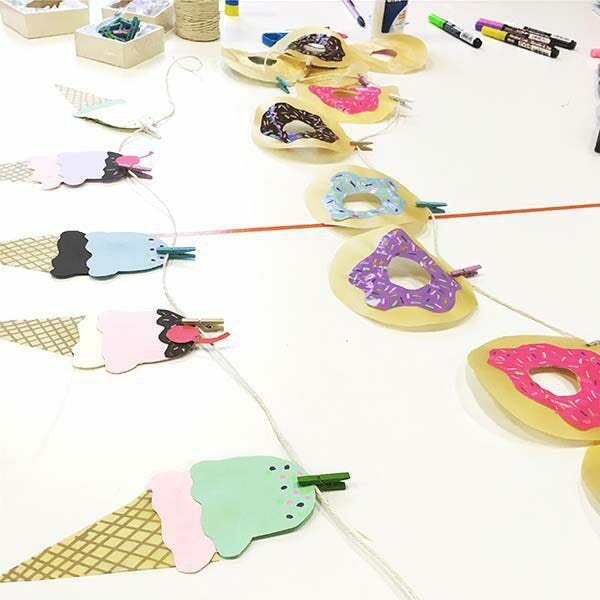 Anyways, I digress. These strands of garland seriously look good enough to eat and are quick, easy and fun to make! Use them for birthday parties or themed get-togethers. I mean, how much fun would it be to host a donut party or an ice cream bar? Or you can just use them to dress up a dessert table at any party! Whatever the occasion, these garlands are festive and fun…and of course tasty looking! 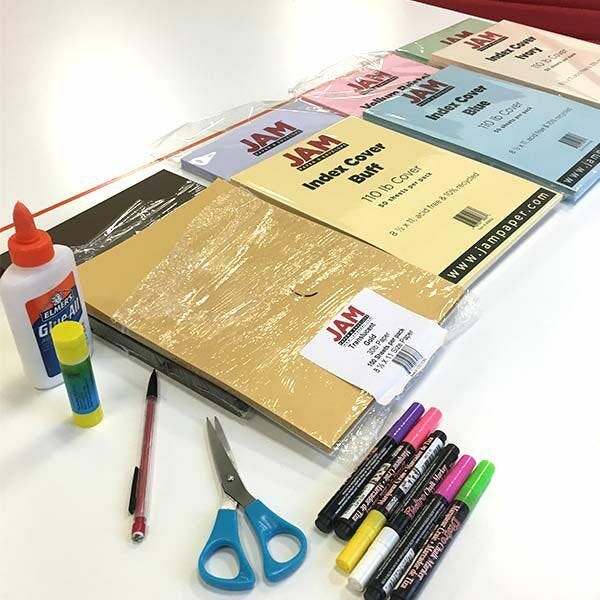 The supplies and directions are super simple and almost the same across the board. The only difference is that the donuts use JAM’s awesome wrapping paper and the other two use cardstock. 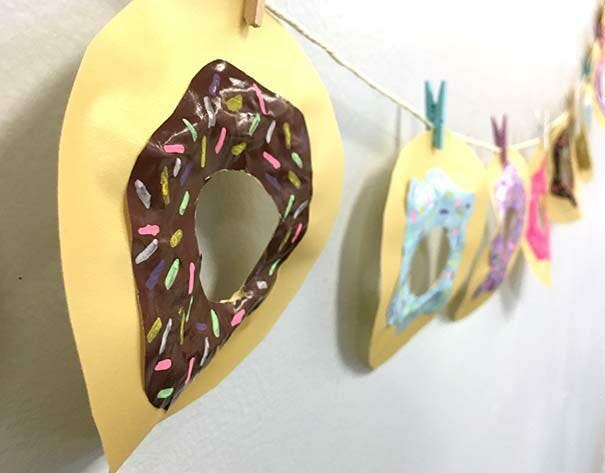 Trace a large circle on the Stardream Metallic Gold paper. I used a full roll of paper towels. Trace a smaller circle in the center for the hole. I used a toilet paper roll.

Next, on different colors of wrapping paper, draw a circle with wavy edges that is slightly smaller than the base of the donut.

Glue them together and decorate with the Chalk Markers.

Measure out the twine and clip the donuts to the twine with the Mini Clothes Pins. I used different colors and matched them to the colors of the donut frosting but that’s not totally necessary. 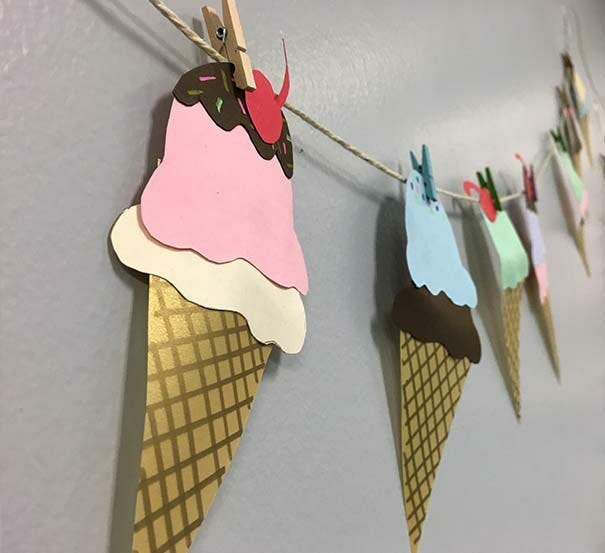 Similarly to the donuts, you’re going to draw each shape onto the appropriate paper or cardstock. I drew a triangle for the cone on the Translucent Vellum Paper and used that to trace more triangles.

On the Pastel and Brown Cardstock, draw the shape of the ice cream and chocolate toppings. Glue these together and then glue them to the cone. If you want, make cherries out the red Cardstock.

Decorate as you please with the Chalk Markers.

Measure the twine and clip the finished cones on with the Mini Clothespins. 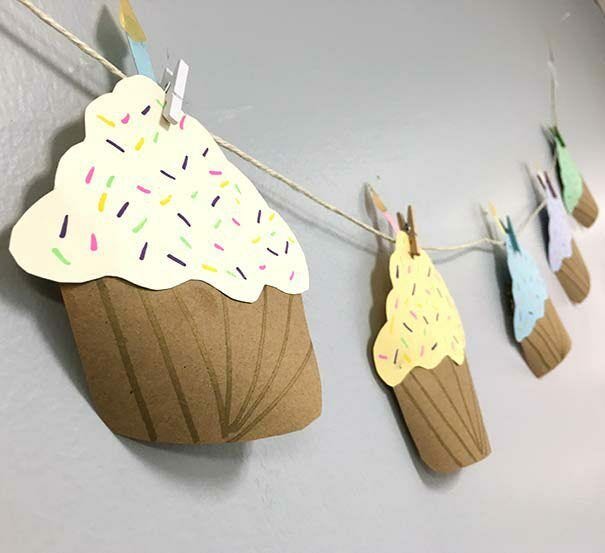 The directions for the cupcakes are basically the same as the ice cream cones. I drew the base, drew the top, drew the candles and cut them all out and glued them together. I then decorated them with the markers. It’s really the simplest process ever! Once complete, again, measure the twine and clip them on.

Give these dessert garland banners a shot for your next gathering and get all of your guests drooling over them as if they were the real deal!